Conversations I have while I'm driving... 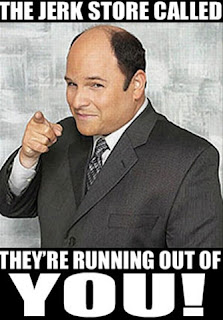 When I'm driving I often find myself having conversations with other drivers. they can't hear me but it helps me cope with a huge numbers of pinheads out there who have, by some administrative error, a drivers license.

I thought I'd take this moment to share some of the one-sided conversations I have.

"Oh you accelerated and got to the red light before me. Shall we just wait here for the next five minutes?"

"You're overtaking me on the inside? I'm sorry I'm not going to let you in. I know this makes you angry but it pleases me."

"You're blocking the way to two petrol pumps while you buy cigarettes. That's just delightful."

"The lights turned red so you immediately hit the horn? I'm not in a hurry so I'll just take my time shall I?"

"You're driving right up my arse? That's my cue to slow down to a crawl."

"I'm guessing you don't know where you're going? Weaving back and forth around the road and braking inexplicably is really putting you in my good books."

"In my country we have certain crazy customs around driving. Maybe you should look them up."

"Look at you you got one car in front while we're stuck in rush hour traffic. Well done."

"Reversing out into traffic without looking? How's that working out for you?"

"Oh well I guess your organs will keep someone worthwhile alive in the long run."

"Congratulations you must be so proud."

The demon printer has met its demise...

So the chap came from TVNZ to film it. It was my idea that Dad could run over it in his 1915 model T. It seemed fitting to despatch the evil printer by destroying it with something that is almost 100 years old and still works. Given the printer is over 2 years old and NEVER worked. 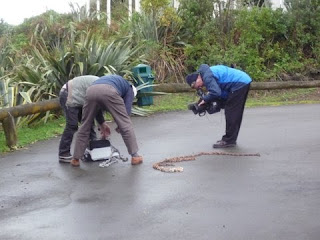 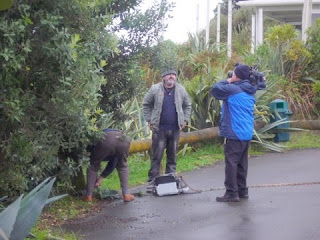 Dad had the bright idea of pulling it to bits with chains. So we rigged it up and it worked a treat. 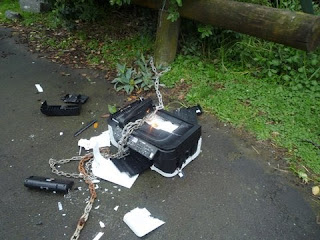 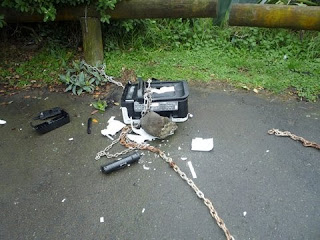 But I did have to finish it off with a pick axe. 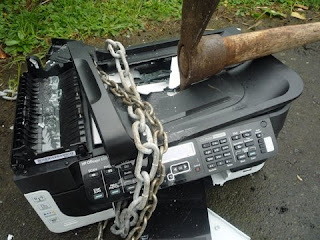 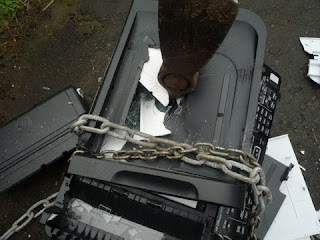 This is a picture of a very happy man... 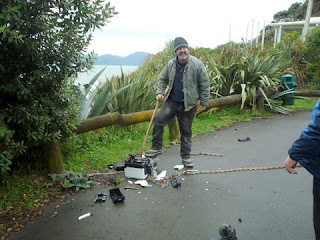 So it's all over the demonic printer is gone and the public got what they wanted. 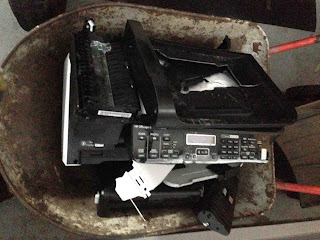 I was finally over.

After the  show screened I was sitting at home on my own and there was a knock at the door.

When I opened it there was no one there but this was sitting on my doorstep. 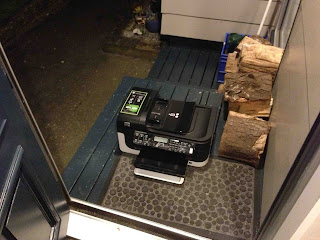 
My out of control auction for a demon printer that got over a million views is now over.

And - YESSSS - the winning bidder wants it destroyed.

The saddest thing is I didn't get to say goodbye. Thanks you we had fun.

I'm hoping that some of you have come to visit due to the madness that is my printer auction. For those of you new the story of the demonic printer you can get a rundown by visiting this link: 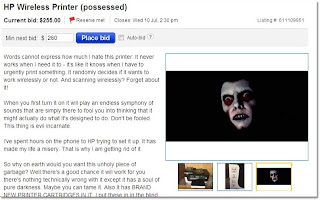 Yep I'm a man with way too much time on my hands and those of you that know me well will be aware that I like to amuse myself with various projects. Be it traveling in time,  buying hubcaps, burning books, weighting junk mail, photographing abandoned couches, recording my drunken travels and, of course, making clocks. Click on any of these words to find out the story behind these exploits.

Anyway welcome to my new friends. I will keep you updated on the fate of the Demonic Printer here and you can see how my clocks are progressing. At some stage I'm going to have to start selling them I guess.

Sorry folks life got in the way. Recently things have gone crazy and I think I'm going to get a lot more foot traffic to this blog soon. So in preparation here's some pictures of some of the stuff I've been working on recently... 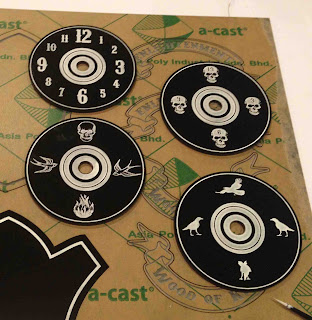 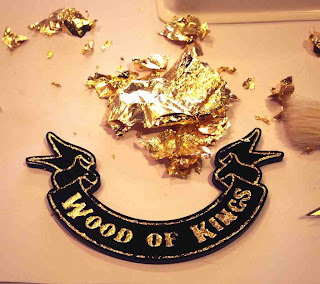 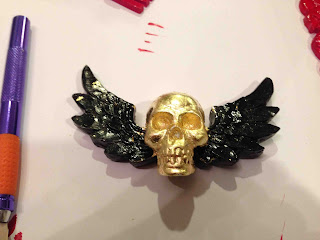 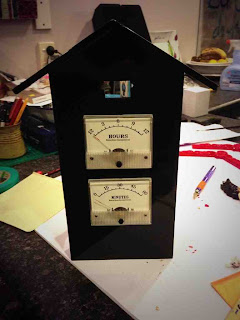 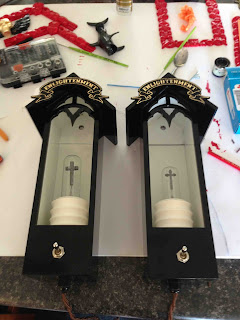 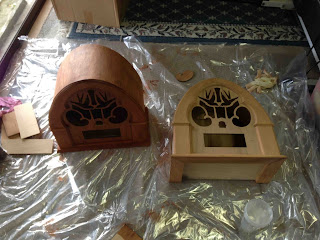 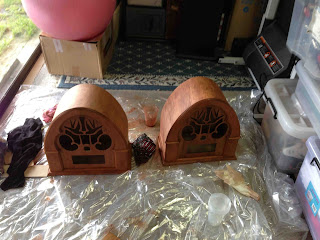 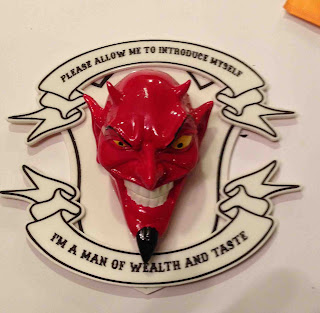 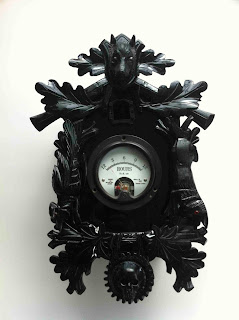 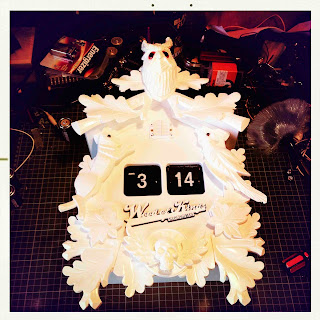 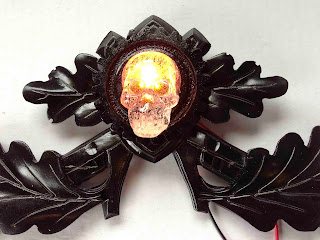 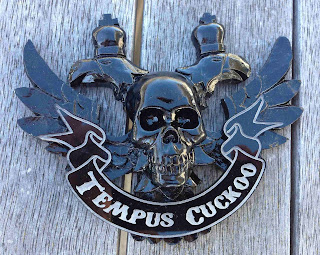 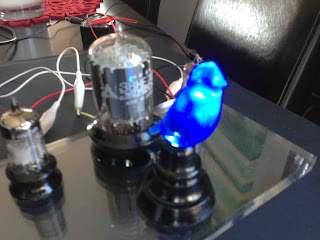 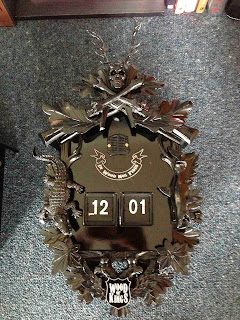 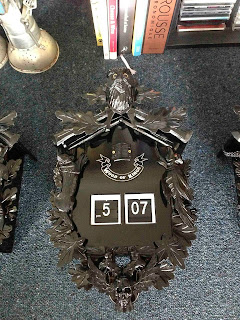 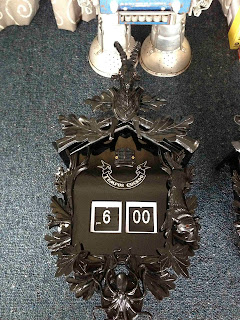 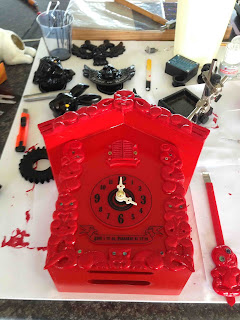 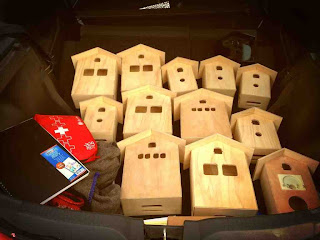 And a little of video...