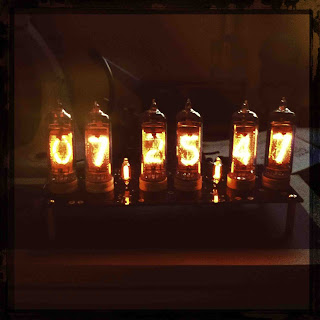 Today I had a series of exciting breakthroughs. And I have to share them with you. My cuckoo clocks took another step towards completion. It was a day of disappointments, a few electric shocks and finally a couple of giant leaps forward. 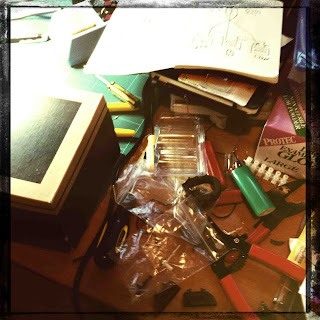 As you know with my clocks I've been embracing outdated technologies. It's one thing to build a cuckoo clock - there are kits out there - but I really want my clocks to be something whimsical, out of the ordinary. Cuckoo clocks are inherently playful - they're silly old things - so it's only right that I let my imagination get the better of me. 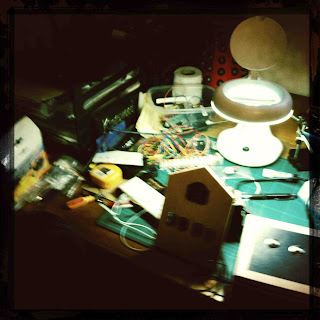 Today I worked hard to bring the nixie cuckoo clocks to life. As you know I'm a real fan of the nixie clocks. They're a fantastic throwback to a by-gone era. A time before LCD screens and digital readouts. There are of course lots of people out there building nixie clocks and putting their projects on line. 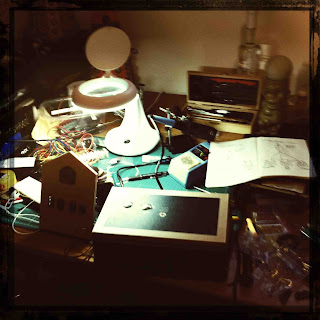 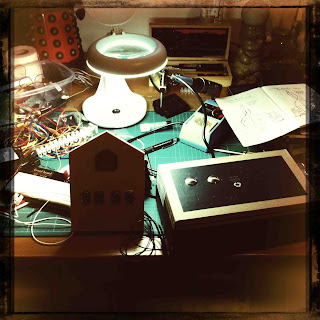 However no one - as far as I can tell - has built a nixie cuckoo clock. I'm pretty good at putting stuff together but when it came to the nixies I was a bit out of my depth so I turned to an expert.

Dr Peter Jensen - over at tubeclock.com builds and sells nixie clocks and kits online. I've always admired his clocks for their simple elegance and their clever construction. So I got in contact with him and asked if he could help me. Instead of laughing in face he went to great lengths to assist me and even agreed to modify some of his kits to work with my designs. Each for them now pumps out a short pulse every hour on the hour. 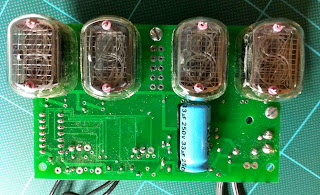 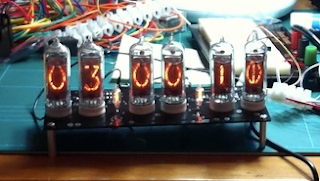 Using a transistor as a trigger I wired the nixie output to my cuckoo clock. Then I set it going. With the flip clock I wired it up and fully expected it not to work. Amazingly the flip clock worked first time. I couldn't believe it.

This time no such luck. I was getting a charge out of the nixie clock. The cuckoo mechanism was working but something was wrong with my transistor trigger. It wasn't working. And it was my fault. In trying to find out what was going wrong I gave myself an electric shock off the first clock. For the record nixie clocks work on pretty big voltages. The nixie clocks don't work on batteries - wall socket all the way with these puppies. Dr Jensen did warn me about the voltages and thankfully it was only a small shock. 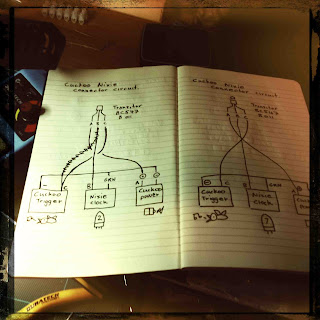 This is the first time I've used a "breadboard" to design a circuit and guess what? I wasn't doing it right (as the actress said to the bishop). It was like reading a map upside down once I'd turned it right side up - voila - it worked!

So here, for your viewing pleasure, are nixie clock one and two.

First up is  the version I call the "flatface" version which is based on Jensen's IN12 4 Tube kit. One of the buttons on this kit got broken so I used these little steel beauties I had lying around. 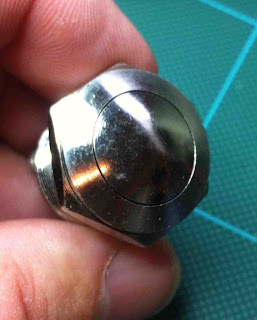 They're just mounted in a shoebox temporarily eventually they'll be on the side of the clock. 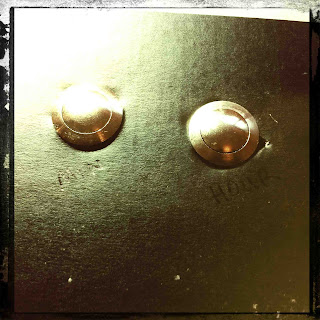 That's setting it. Now let's see it in action...


And this one is based on Jensen's IN14 6 Tube kit. I have some very interesting plans for what I'm going to do this one. Stay tuned.


I'm learning a lot as I work my walk through this project and rediscovering the joy of electronics and mechanics. It's a challenge and - yes - completely cuckoo but I'm loving it. Now I can't wait to see these through to the next stage.
Posted by Nick Ward at 3:06 AM